Methane in the atmosphere

Methane in the atmosphere

1.1 Methane in the atmosphere

Methane (CH4) is a trace gas in the atmosphere, 40% of which is emitted into the atmosphere through natural sources (such as wetlands), and about 60% of emissions come from human activities, such as animal husbandry, rice cultivation, fossil fuel utilization, landfills and biomass burning, etc.

Atmospheric methane goes up to a new record in 2018, about 1869 parts per billion (ppb), which is currently 259% of the pre-industrial level. For CH4, the growth from 2017 to 2018 is higher than the observed value from 2016 to 2017 and the average of the past ten years. The following figure shows the general content of methane in the atmosphere and the simulated data of the distribution of methane on the surface of China in 2014. 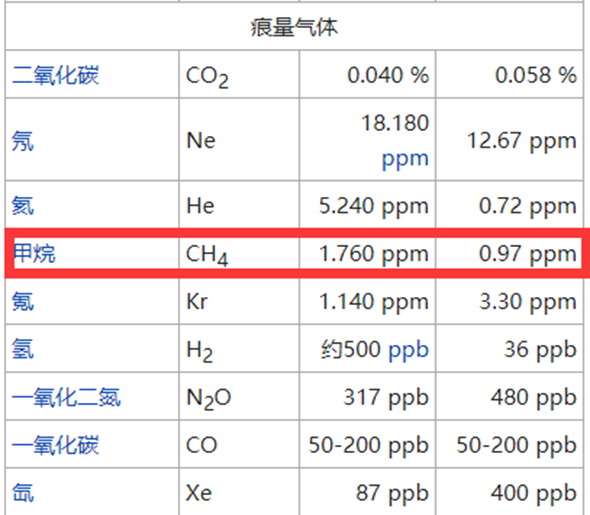 For the impact of atmospheric methane on detection, the following premises can be determined:

1. Atmospheric methane is unevenly distributed over a wide area.

2. Atmospheric methane is evenly distributed in the detection area (a distance of several hundred meters or less).

From this, the following conclusions can be drawn:

Because of the actual presence of methane in the atmosphere and the stability of the line in the detection area, but it is related to the distance, the instrument manufacturer generally provides the background (the concentration of methane present in the atmosphere) filtering function. It may be a button or internal algorithm processing to help users filter the concentration information that does not need to be concerned and pay attention to the fact that the leakage area is higher than the surrounding concentration. Therefore, some device display zero when no leak is detected.

But it should be noted that if an instrument is aimed at a reflecting surface and does not move, the indication brought by methane in the atmosphere should be stable, and the fluctuating values are often the noise of the instrument.

In the real world, noise is ubiquitous. A laser detection device can obtain a trace amount of methane concentration from 100 meters away. This in itself is a process of extracting a weak signal from a massive amount of noise.

The sources of these noises are diverse, including inherent thermal noise, 1/f noise, interference noise caused by optical path multipath effects caused by multi-interface insertion and reflection, etc., which are not described here. But one thing is clear, the farther the detection distance, the more complex the detection environment, and the greater the noise.